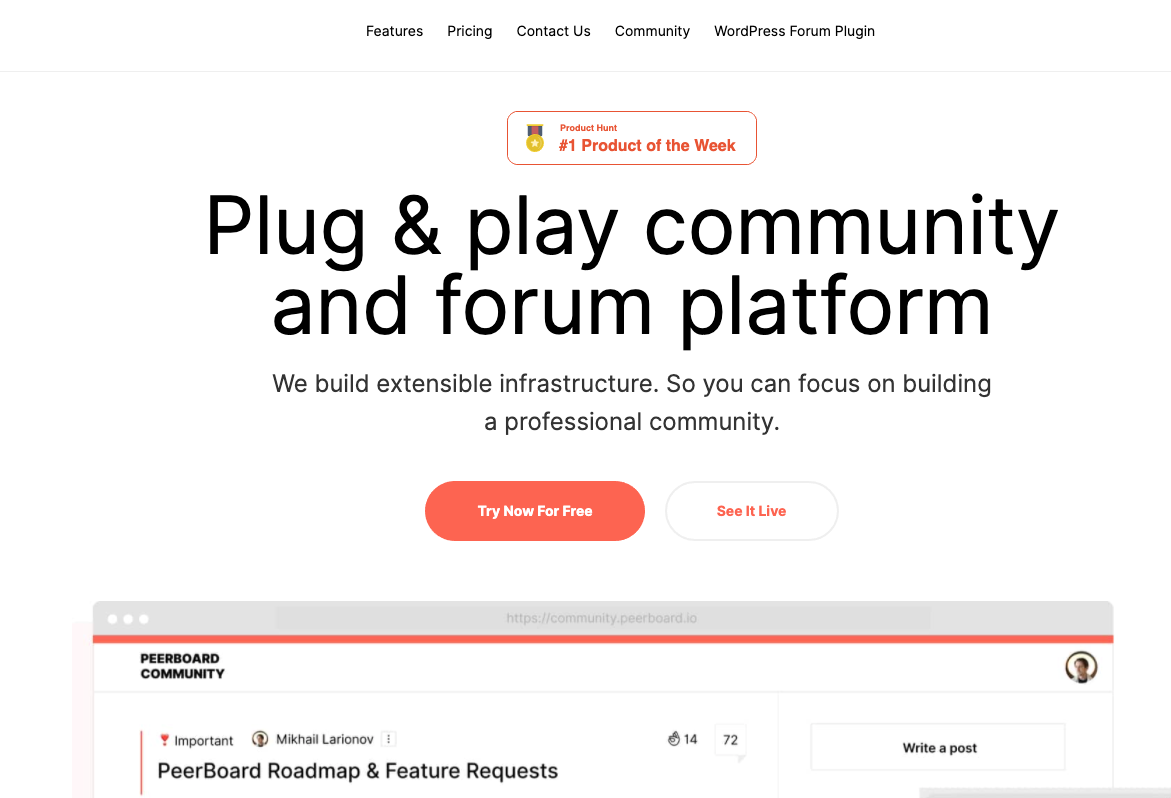 Another purchase, this one I'm a little more excited about, but it generates me a whole load more work. PeerBoard could be simply viewed as a kind of forum software, but I'm hoping it grows into something more than that.

It was made by someone who saw some of the problems with Facebook and wanted to build something better. It'll never replace Facebook, but it might give certain groups of people a chance of a better experience. No reason for certain posts to be hidden, or skipped, no advertising, just the content you want, in the order you want, and have the interactions you want.

I've played with this for a couple of hours and it's looking good so far, but only time will tell if it can deliver on it's promise before I get bored with it. I'm also looking at using it on the https://felthamcommunity.org.uk site, and there's a lot of content there that would have to be moved over to make that work, and I'd also have to give up all the WordPress elements.

PeerBoard can run within WordPress but at the moment I'd like to try and run it standalone to see how it stands up on its own. But to do that I need to move the content over which I suspect is not going to be a fun exercise.

HelpSpace is a new piece of software I've just purchased a couple of licenses for. What can it do I...

I've tried so many CRM packages, both web based, Mac based and iPad, and I'm beginning to think it might...

Another purchase, this one I'm a little more excited about, but it generates me a whole load more work. PeerBoard...